The CSI has released its latest report about Colorado jobs and labor force.

The #Shecession still looms… The July Labor Force Participation Rate for moms in Colorado was down 7 percentage points from 76.2% in January 2020 to 69.2% in July 2021. If the pre-pandemic LFPR for CO had maintained, there would be 96,155 more women in the labor force today.

To better support Northern Colorado Prospers (NCP) strategic initiatives, NCP is a member of the Common Sense Institute (CSI), a non-partisan research organization dedicated to the protection and promotion of Colorado’s economy.

With this membership, we have first access to the CSI research, articles, insights and discussions surrounding the business community, with topics including fiscal impacts of policies, initiatives, and proposed laws”

Unemployed Coloradans Who Return to Work are Eligible for an Incentive

On Wednesday, Governor Jared Polis signed an Executive Order creating a new monetary incentive program to support unemployed Coloradans as they return to work full time. Under the Colorado Jumpstart incentive program, unemployed individuals are eligible to receive an incentive of up to $1,600 to support the transition into full-time work.

“Powering the comeback means supporting Coloradans getting back to work and our businesses as they expand,” said Governor Jared Polis. “We know that getting back to work doesn’t mean all the financial challenges Coloradans are facing just disappear, and we want to ensure that as more people are returning to the workforce, we are setting them up for success.”

To be eligible for an incentive, Colorado’s unemployed workers must have received at least one week of unemployment benefits of $25 or more between March 28, 2021 and May 16, 2021 and have verified their identities via ID.me. A full list of eligibility requirements is posted on ColoradoUI.gov. Eligible claimants who return to work full time in May will receive a Colorado Jumpstart incentive of $1,600. Those who return to work full time in June will receive an incentive of $1,200.

“More than a year after this pandemic swept through Colorado, we know that many Coloradans are not completely back on their feet just yet. That’s why we are taking this important step to provide support to those who need it most as they transition back into the workforce,” said CDLE Executive Director Joe Barela. “This won’t just help Coloradans, it’s going to help businesses to have a productive workforce, ready to power our economy and comeback.”

Newly employed workers must maintain full-time employment for at least eight weeks to receive the full incentive. The incentive payments are expected to be issued during July and August of 2021 and will be distributed in two installments. Claimants will become eligible for the first half of the incentive after approximately four weeks of full-time employment, and will become eligible for the remaining half after approximately eight weeks. 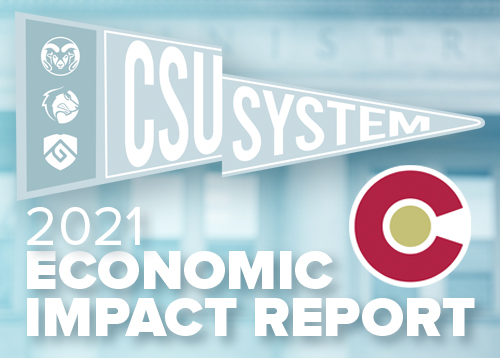 In its first-ever Systemwide economic impact study, a team of economists quantified the CSU System’s unique contributions to the Colorado economy in terms of jobs, research, and the contributions of the System’s more than 112,250 living alumni who are currently working in Colorado. Highlights and a full report are available here.

Among the report’s key findings: the CSU System is an important factor in Colorado’s workforce talent retention. About 50% of the students who moved to Colorado to attend a CSU campus since 2005 have stayed here after graduating. And 86% of Colorado residents who attended CSU institutions are still in the state. Nearly 1 in 25 Colorado workers has a degree from a CSU System campus, and their alumni income translates into more than $209 million in state income tax revenue and $128 million in sales, use, and excise tax revenue. In other words, about 3% of the state’s total collections can be attributed to CSU graduates.

“Clearly, CSU plays a critical role in our state’s future productivity and ability to remain an innovation hub in economically important industries,” CSU System Chancellor Tony Frank said. “We’re not manufacturing a product; we’re educating people who contribute to society in all the ways educated people do – as teachers, scientists, doctors and nurses, business leaders, manufacturers, technologists, artists, engineers, and the countless other roles that are typically filled by people with higher education.”

The study was conducted by CSU Fort Collins faculty Drs. Rebecca Hill of Agricultural and Resource Economics and Harvey Cutler and Martin Shields of Economics. They were supported by graduate research assistants Lauren Mangus and Kevin Crofton.

“The CSU System’s economic impact is felt statewide by bringing in money from federal agencies, out-of-state students, and by transferring knowledge to businesses and industries across Colorado,” the authors wrote in the report. “The CSU System’s economic impact in Fort Collins and Pueblo includes factors considered in the statewide impact, plus money injected into the region from both state government and students from across the state.”

Among the report’s other highlights:

The study noted data from the American Community Survey showing that the average annual earnings for employed Coloradans with a four-year degree were around $70,000, compared to $36,000 average earnings for those with a high-school diploma. College-educated workers are also less likely to be unemployed, less likely to have seen their jobs impacted by the recession, less likely to access public assistance programs, and more likely to have employer-sponsored health insurance.

The study highlighted the tremendous impact CSU campuses have on their local economies.

The taxpayers of Colorado invest in state colleges and universities, Frank said. This report is a testament to the value those institutions give back.

“Universities contribute to the economy as employers and by spending money to keep our operations functioning, as well as by graduating skilled workers,” Frank said. “We also attract people to Colorado from out of state who spend their dollars here, whether as students, conference attendees, or visiting parents and family members. Thousands of jobs across Colorado that aren’t directly connected to a college or university still depend on these institutions to survive.”

Public colleges and universities can be islands of stability and sustained employment for communities statewide, he added. “We learned from the Great Recession that communities that are home to a college or university rebounded more quickly – and that is a strength for all of Colorado, which has built a system of higher education that is geographically diverse and designed to serve all corners of the state.” 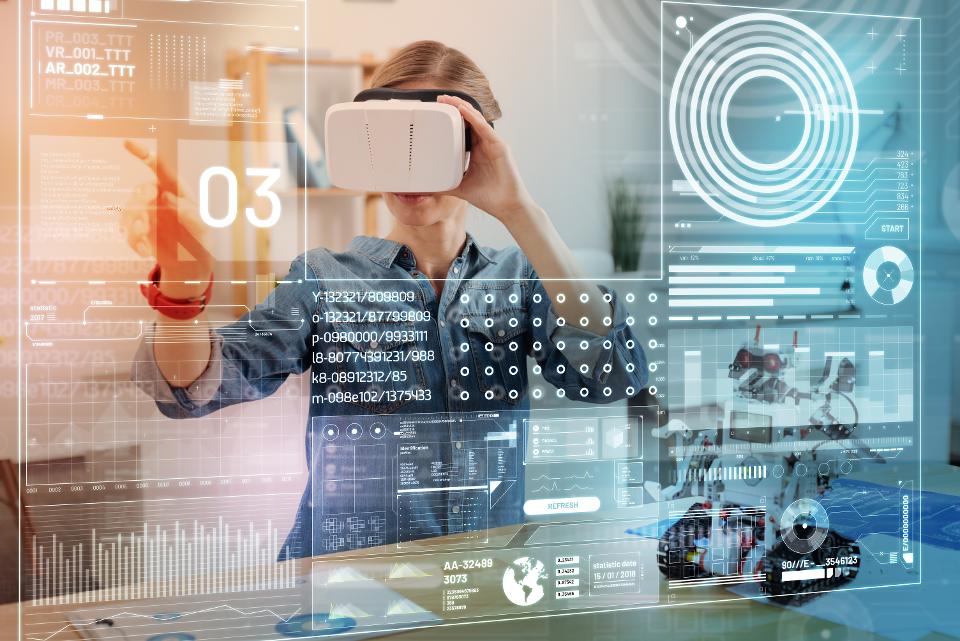 Our workplaces are changing, and the changes are dramatic. Professionals need to pay attention to and prepare for the workplaces of the future. An important aspect of this preparation is to develop the job skills that will help you succeed and thrive in the new reality of the next decade. Consider how your own career has evolved over the last five years, and you can imagine how much it may change in the next five. These are the most important job skills for the future, and there’s no better time than now to start building them. 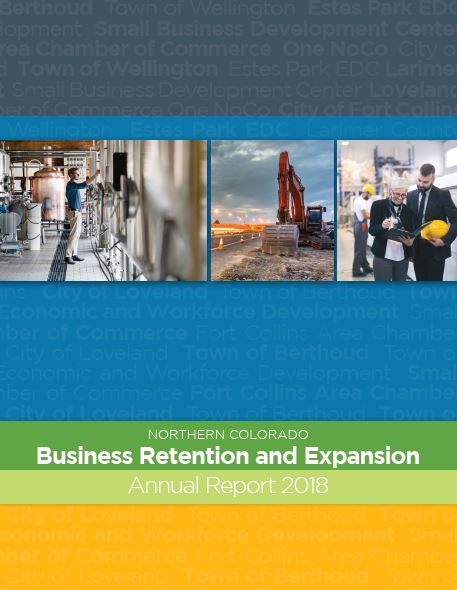 The Fort Collins Area Chamber of Commerce in collaboration with the Business Retention and Expansion Partnership of Larimer County, released the report earlier this month. The report’s high points include year-over-year growth in gross regional product, low unemployment rates and strong job growth in the Larimer and Weld County region.

The partnership gathered 315 responses from regional businesses in 2018.

The final data showed a generally optimistic view of the economy, as well as positive reports of business growth and expansion. Most interviewees indicated they have added workers over the last three years and are planning to add more in the next three years. However, businesses consistently reported Interstate 25 and workforce as major challenges, citing key barriers of finding talent, employee retention, a lack of skilled labor, scarce resources and area cost of living.

“Economically, taking care of the primary employers already here is top priority. To do that we need to have strong relationships with them and be in regular contact. That’s what the partnership is about. The data from 2018 indicates employers are pleased to be here and are planning to add work and hire more people. They also made it clear that work force is a big issue we need to stay focused on,” said David May, President & CEO of the Fort Collins Area Chamber of Commerce.

The Partnership will continue to conduct primary employer interviews to engage with more businesses in the two-county region and publish a second annual report. 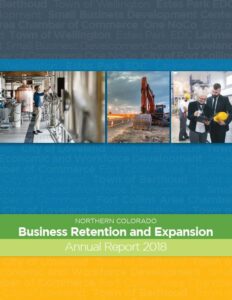 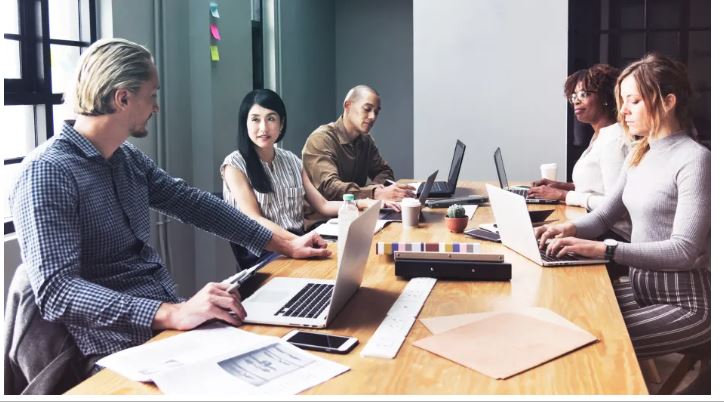 Technology, talent shortage, and trust are just a few of the issues that will challenge workplace culture over the next decade.

Recent years have seen an exceptional awareness and prioritization of workplace culture by both employers and employees. Culture is a company’s “personality,” including the behavioral expectations, practices, and other norms that influence how people interact both internally and on its behalf. Ignore it at your own risk. Recent research by Hired found that company culture is the second most important factor candidates consider when considering whether to work for a company.

At the same time, workplace culture is being influenced by disparate factors in significant ways. Demographic shifts, diversity and inclusion initiatives, talent shortages, automation, evolving technology, and an onslaught of data are converging to create both immediate and long-term changes. 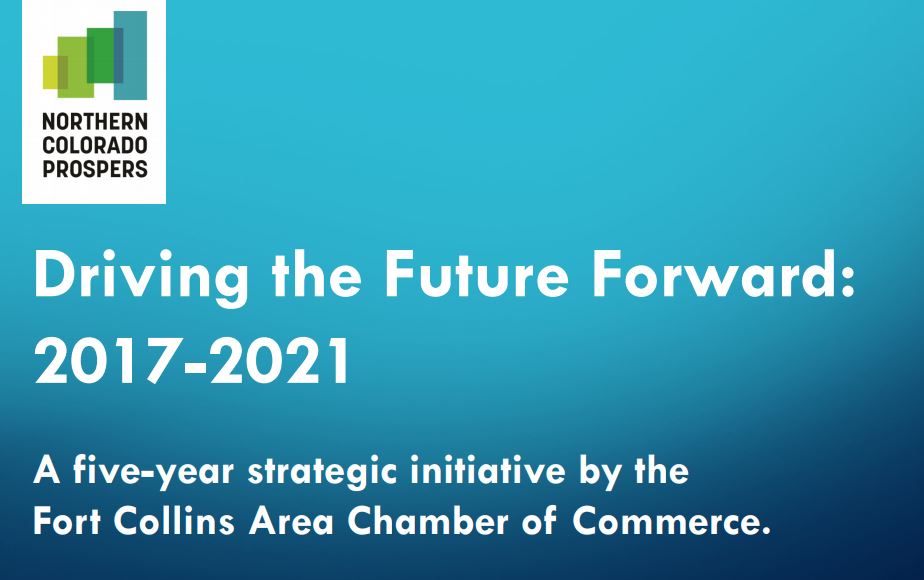 The Chamber was excited to present in a different way to update investors on the NCP goals by using Zoom web conferencing.

During the presentation, David May, talked about the work on the new Talent Portal website, 2019 transportation efforts, April 2 Election issues and candidates, progress on employer interviews and much more.

The next NCP event is the Annual Summit held on April 10 at a location TBD.

Over the past several years, I’ve talked with plenty of leaders who accuse the new workforce of being unprepared, overly sensitive, lazy and narcissistic. That’s a shame; these are common stereotypes that aren’t always founded in reality.

However, these leaders can change their minds — for the better. How? By embracing younger generations and taking the following six steps.

By: Cord Himelstein, vice president of marketing and communications at HALO Recognition

The millennial generation changed almost everything about how we define the employee experience and how we approach employee rewards and recognition. It was the first generation to fully embrace the social media revolution, shaping how people communicate, celebrate, collaborate and serve their communities.

We have dubbed the generation after millennials “Gen Z” for the purposes of this article, but the folks in the business of naming generations have yet to decide what to call them. Gen Tech, Gen Wii, Net Gen, Digital Natives, Plurals, Centennials, the Homeland Generation, and iGeneration have all been suggested at some point, and they are all valid. The important thing to remember is they refer to the generation born between 1997 and 2012, meaning many of them are just now entering the workforce.

So what does Gen Z want to get out of work? Several studies have been published that tell us some interesting facts. In short, the attributes and associations that defined millennials have carried over to their successors and are even more prevalent. Here are some highlights: 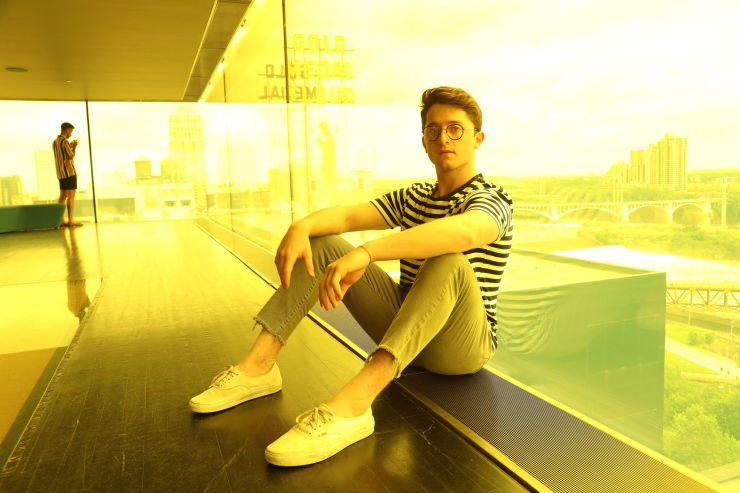 Every year brings unique and sometimes wacky new workplace initiatives. 2018 brought us examples such as such as implanting RFID microchips in employees or only allowing them to expense vegetarian food, but there are also important trends that you might see arriving in your workplace in 2019. Some of the more creative initiatives we have seen are Vermont offering a $10,000 incentive for remote workers to move there, and an insurance firm in New Zealand conducting an academically rigorous trial of a 4-day work week with great success.

From welcoming a new generation into the workforce to understanding how your company collects data about you, these are the 5 biggest workplace trends that you’ll see as we move into 2019: